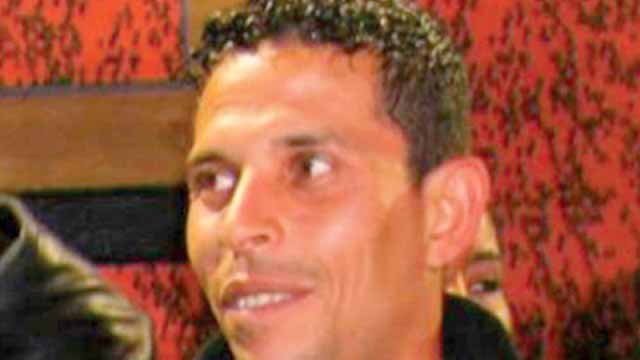 In the North African country of Tunisia, December 17, 2010 started just like every other normal day until some reckless police officers rained several rounds of slaps on a 26-year-old young man, Mohammed Bouaziz before confiscating his fruits and vegetables which he had gone to sell in his small town of Sidi Bouzid so that he could provide food for his family of seven.

What followed next would later shake not just Tunisia and Africa but the entire world as the frustrated young man didn’t even bother engaging the ruthless police officers. He chose to walk straight to the municipal office and right there in front of that office, he set himself ablaze in protest.

Seeing what happened, millions of Tunisians who were hitherto dying of starvation as a result of the anti-people policies of the government headed by the then maximum ruler, Zine El Abidine Ben Ali, drew strength from Bouaziz’s action and trooped out on the street demanding an end to the 23-year-old rule of Abidine Ben Ali.

After 28 days, Ben Ali was left with no choice but to bow to the collective will of the Tunisian people and resign.

The inspiration drawn from  Bouaziz’s  self-immolation would later spread through the Arab world, leading to the sack of many long-term rulers.

Looking at Nigeria today, even the blind could see that the only thing holding this country from having a Tunisian-styled revolution to sack the incompetence in government is just a Mohammed Bouaziz kind of person, not necessarily to set himself ablaze but to just trigger the protest. Once you can get up to 1000 people on the street, the ever-elusive revolution has started.

If you think that a man from even President Muhammadu Buhari’s hometown of Daura won’t join other Nigerians in revolting against this plague of a government, then, it’s safe to assume you know nothing about this thing called hunger. A man who is desperately hungry can revolt even against God. For those of you waiting for natural causes to remove impunity and mediocrity from power, then the joke is on Nigeria

Free your mind from all forms of defeatist mentality! Stop being afraid of the murderous gang known as the army!  No army in the world, not even the almighty U.S. army can stand in the way of a people who have decided to overcome the demon of fear and confront the main demons in their government. These political hawks ruining your future and that of your kids are powerless. The only power they have is that which they draw from your FEAR. Your fear is the only thing that is feeding them with a false sense of confidence.
Advertisement

Today, we the people who are the real owners of this country and all the enormous wealth therein have been reduced to mere beggars. You can’t access dollars to do business neither can you access it for your kids’ education abroad but the children of those in power can sit in their homes and order the same dollars from the CBN at a very subsidised rate.

Despite being the employers of these fellows, they enjoy 24 hours’ security while we, their bosses, run the risk of being killed by soldiers trained and equipped with our money, on their orders, that is assuming we survive the herdsmen or terrorists who are operating with their seeming consent.

Millions have been sacked from work. Millions more will be sacked in days to come. A poor man now eats rice only in his dreams. The price of everything keeps going up and never coming down. Yet,  the minimum wage is  N18,000 not even enough to buy a bag of rice at N24,000. How long are we going to live like this?

Of the N6 trillion in this year’s budget, can anyone point out just one thing! that has been done with it? Just one thing. Now, they are talking about another N7 trillion for next year’s budget plus another  $30billion foreign loan. How much longer are we willing to endure the insensitivity? If a people is pushed to the wall, they don’t break the wall and run, they fight back. Our leaders have pushed us far beyond the wall.

Stop looking for your demon in that helpless old woman in your village, the demon that has been pushing you from one church to another is your government! Their awkward policies are the reasons you can’t get a job after graduation. If your country were working, would you be praying for miracle to get a visa to travel to Sudan, Singapore, Mexico?

We have a problem.  We have identified this problem as our government. We have even figured out the solution which is trooping to the street and straight to the seat of power demand better governance and accountability.

The question is, are you ready to channel the anger you feel inside to demand more from your government? Are you ready to fight for the future of your kids by rescuing your country from the hands of men and women who derive pleasure from the suffering of the people whose interest they are elected to protect?