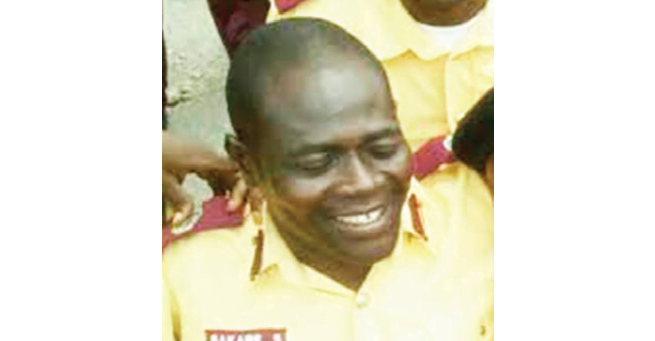 The Zonal Head of the Lagos State Traffic Management Authority (LASTMA), was yesterday beaten to death at Apapa by touts and people believed to be commercial motorcyclists otherwise called Okada riders.

The victim, identified simply as Bakare, was reportedly killed on Point Road, Apapa, while enforcing the road traffic law which banned commercial motorcyclists from plying 475 major roads in Lagos.

The LASTMA General Manager, Bashir Braimah, who confirmed the incident, refused to give further details. He simply said that the man was murdered while trying to control and regulate traffic in Apapa.

The state Police Public Relations Officer (PPRO), Dolapo Badmos, also confirmed the incident. She said that it was a mob action and that the LASTMA officer was killed in the process. Badmos added that the police had begun investigation into the killing. She also promised that police would soon arrest the perpetrators and bring them to book.