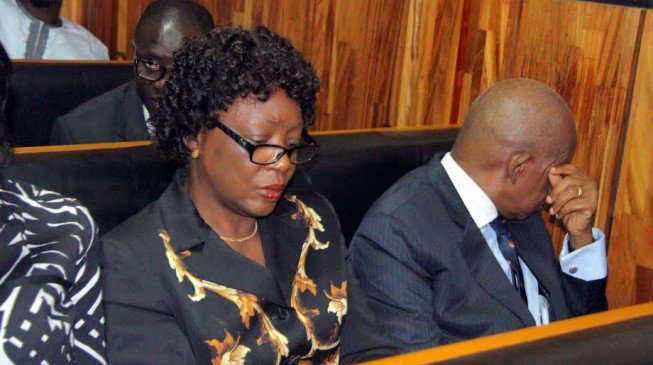 An Abuja high court presided by Justice Jude Okeke has granted Adeniyi Ademola, a serving judge of the federal high court, and his wife, Olabowale, bail on self recognition in the sum of N50m.

The judge asked the defendants to deposit their international passports at the court.

Delivering his ruling, Okeke said that the prosecution had not objected to an application for the bail of the defendants, hence he would not rule otherwise.

Earlier, Onyechi Ikpeazu (SAN), counsel to Ademola‎, had asked the court to grant his client bail on self recognition.

He argued that the Department of State Services (DSS) had granted the accused person administrative bail on self-recognition, hence the court should do likewise.

Ikpeazu said his client would enter into an undertaking with the court that he would make himself available for trial.

Robert Clarke, counsel to Olabowale, had also made the same request.

He aligned himself with the submission of Ikpeazu, but urged the court not to seize the international passport of his client because it would impede her duties as the Lagos state head of service.

Segun Jegede, counsel to the federal government and prosecution, did not object to the application for bail because of “the rapidly impending Christmas”.

However, he asked the court to impose on the defendants conditions that would make them attend trial.

‎He also asked the court to seize their international passports.

‎The Ademolas are facing an 11-count of corruption and illegal possession of firearm brought against them by the federal government.