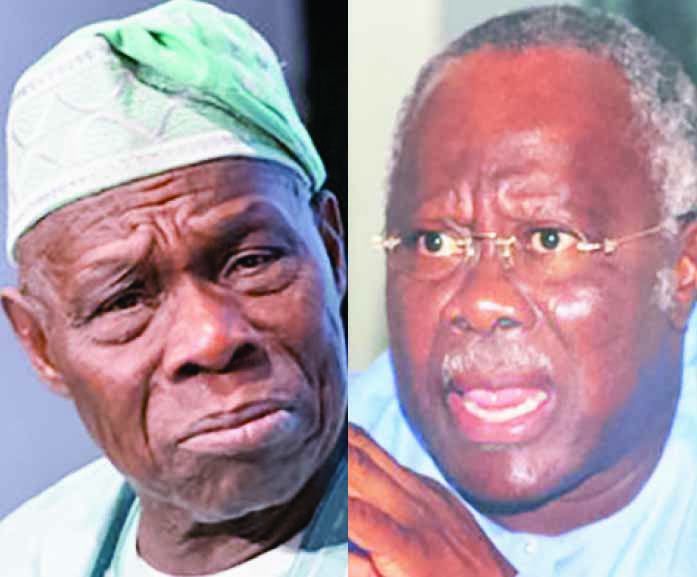 A chieftain of the Peoples Democratic Party, PDP, Chief Bode George has lashed out at president, Olusegun Obasanjo.

The PDP chieftain asked Obasanjo to shut up and stop playing to the gallery through public criticism of President Muhammadu Buhari.

He said, “Condemning Buhari is not the solution but we should advise and pray for him. I believe it is too early to condemn Buhari, may be after three years, we can ask him to present his scorecard.

“I don’t believe in the approach adopted by Baba (former President Olusegun Obasanjo). Why should Baba go public in his criticism of Buhari? Obasanjo has unlimited access to the President, even if he asks Buhari to come and see him at his farm in Ota.

“I believe Buhari would go there to see him and there he would have expressed his mind on the nation’s state of affairs to the President, after all he was Buhari’s former boss in the military. But for Obasanjo to have gone public to condemn Buhari’s policy to me is like a betrayal, it amounts to playing to the gallery.”

Speaking with Sun, George also urged factional National Chairman of the PDP, Ali Modu Sheriff to accept reality, and stop any further act of prolonging the crisis rocking the party.

“Sheriff’s eyes should be open now. He has come to divine judgment. He and his followers should be remorseful and return to Makarfi’s mainstream PDP. Sheriff has been an embarrassment to PDP, he should stop further acts of rascality,” he declared.