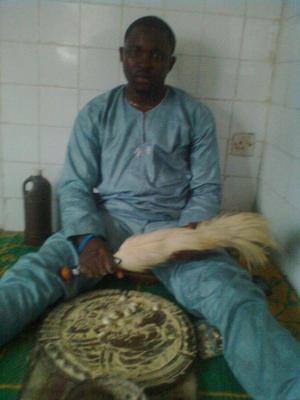 The atmoshere at the 42nd convocation of the Obafemi Awolowo University, Ile Ife, Osun State, on Friday was filed with mixed emotions  due to the  death of a first-class graduate, Bibilari Elebuibon.

Elebuibon, who finished as the best in Yoruba Language in the Faculty of Arts, was involved in a road accident  which led to his death in Osogbo, the Osun State capital, in July 2016.

It became a harvest of tears among his colleagues and some others present when his name was called by the dean of his faculty, Prof. Gbemisola Adeoti, for a prize and the school’s Public Relations Officer, Mr. Abiodun Olanrewaju, stepped forward to call for a minute silence in his honour.

Reports said the deceased, who was among the 66 first-class graduates, was a son of a popular Ifa priest in Osogbo, Chief Yemi Elebuibon.