This report looks at Neymar’s luxurious assets and wonder how he would be able to continue his extravagant lifestyle without them if they were taken.

While playing in Barcelona, Neymar stays at luxurious rental property in Barcelona. This house is located in the noble Pedralbes’ Neighborhood. It has tree floors and from his room’s balcony Neymar can see the FCB stadium the “Camp Nou”.

Neymar has a house in the Jardim Acapulco condo, on Pernambuco’s beach, in Guarujá, São Paulo, Brazil. The palatial single story homestead is estimated to be worth about N458.8m (1.25 million euros).

Neymar owns a penthouse that is next to the beach in Santos, Brazil. The hall of the building has three springs. The penthouse has a swimming pool, a sauna and panoramic windows to the see. It is valued at approximately N312m (850000 euros). He used to live with his family in the penthouse but has since given the apartment to Carolina Dantas (the mother of his son). 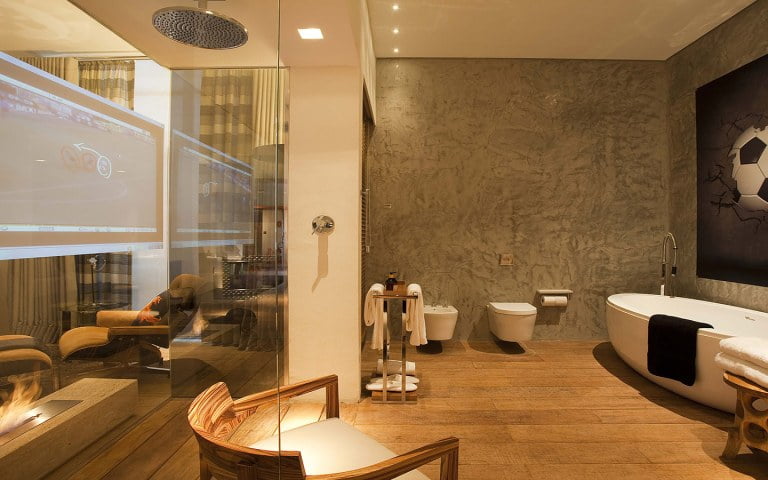 Neymar has a holiday house in Santa Catarina. He also owns a penthouse in Balneário Camboriú and a flat worth N917.5m (2.5 million euros) in the Yachthouse condo. This condo has the signature of Pininfarina, the Italian design office of Ferrari and Maserati. This is where he joins other yacht owners when he is not away playing football. 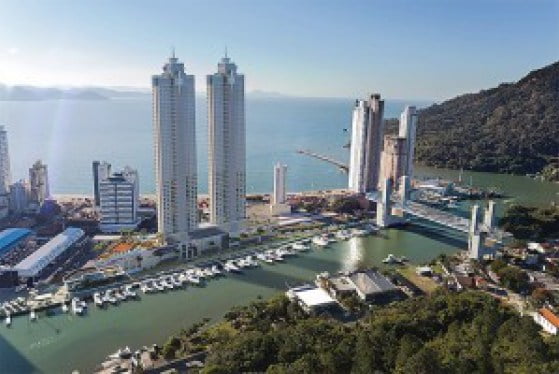 Neymar also owns a luxury flat in Bayside Towers Clube Residence in Itapema also on the coast of Santa Catarina’s state. He bought the house in 2011 and it was redesigned to his taste. The cost of the flat is estimated at N128.5m (350,000 euros). 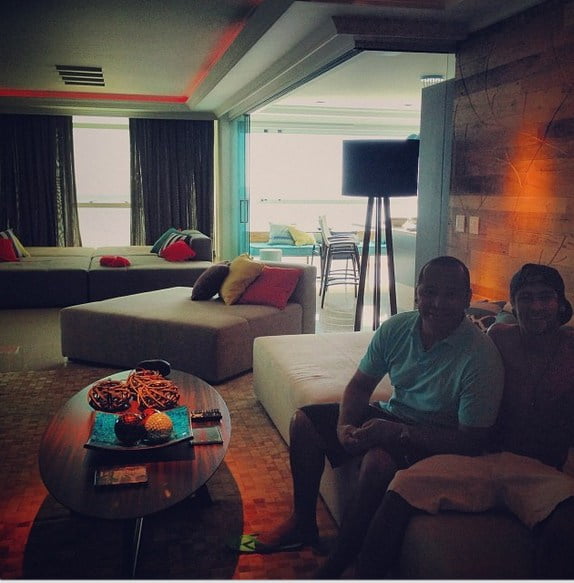 The footballer with his father, Neymar Snr inside his house at Bayside Towers Clube Residence in Santa Catarina. Photo: Neymarjr.org

Neymar has a palatial residence in Angra dos Reis which he bought in 2014 just after the FIFA World Cup. Said to be worth N660.6m (1.8million euros), this property is located in a highbrow area of Costa Verde. It has six rooms, garage for seven cars, swimming pool and view to the see the beautiful Costa Verde harbor.

As one of the top five earners in world football Neymar unsurprisingly, owns his a yacht. He bought the 78 feet long luxurious boat which has four gallantly furnished suites at about N2.5bn and named it after his mother, Nadine. He keeps the massive ‘toy’ in Puerto Marina Asturias.

Experts say it costs about N8.9m to maintain and refuel the boat every year while it depreciates at only roughly about 5% to 10% annually. 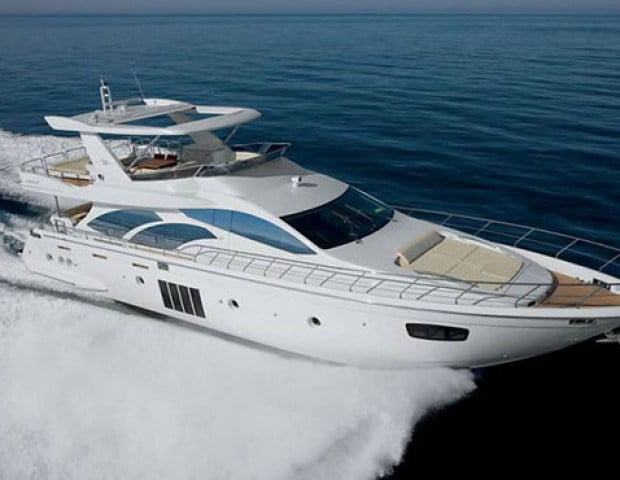 Inside the bedroom of Neymar’s yacht. Photo: Neymarjr.org

In July 2015, Neymar bought a jet worth N3.45bn ($10m) just because he and his friends wanted to watch Copa America and needed to shuttle between Europe where he plays and South America where the championship is holding. In the past, Neymar has been fond of paying huge money to borrow private jets including to fly over to Spain a Serbian beauty he was once dating.

With his new jet, he can now fly as he wants. However, less than a year after splashing cash on the flying machine, Brazilian authorities have grounded him by seizing the jet. 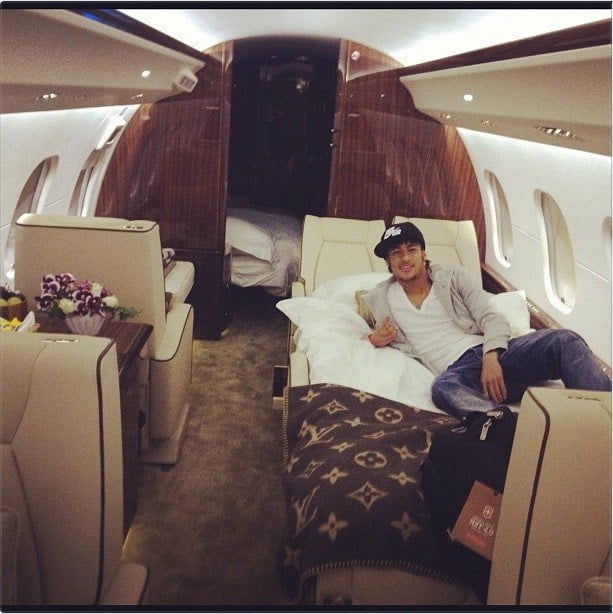 Neymar reclining inside his jet.

All of these, Neymar stands to lose if found guilty, all just because he was ill-advised not to pay his taxes both at home (in Brazil) and abroad (in Spain).