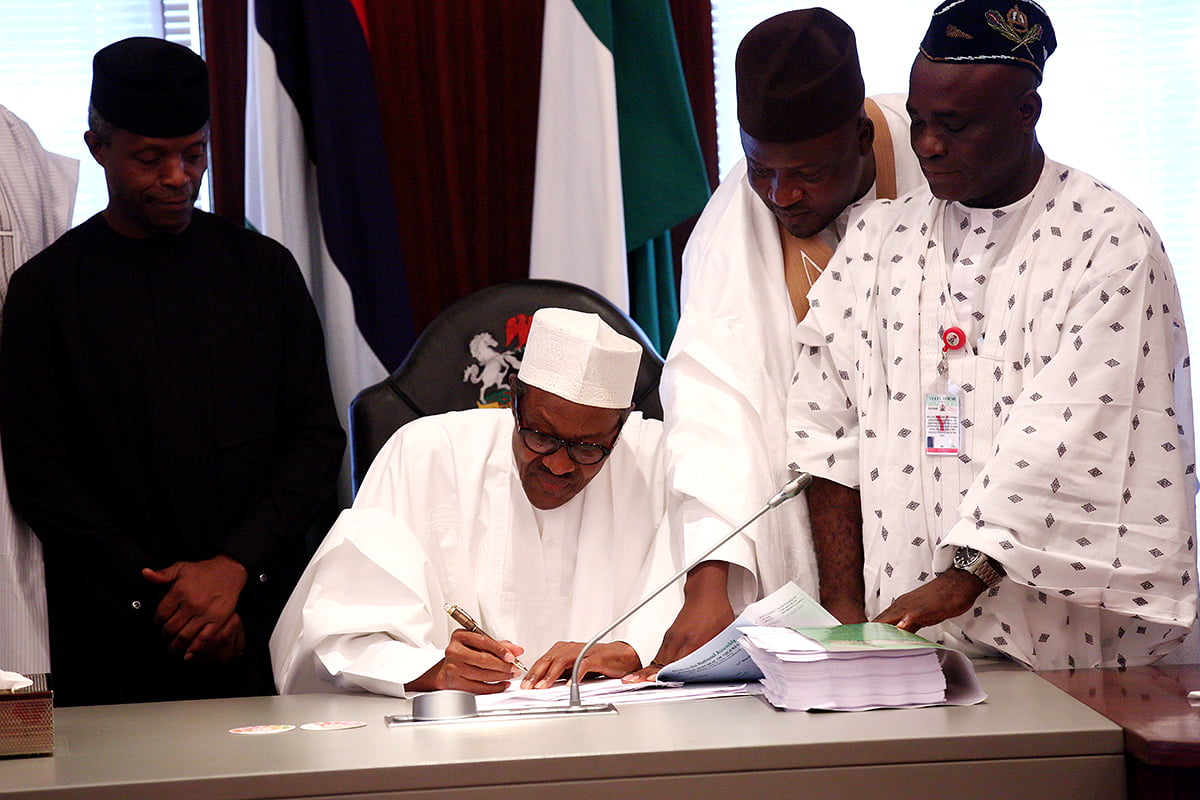 There are strong indications that there is no provision for new minimum wage or salary increment for government workers in the 2017 proposed budget.

However the government, retained the social intervention programme of N500 billion in the 2017 Budget.

A source said: “I don’t think we should be talking about salary increment or new minimum wage. What will really assist Nigerians and the workers are the social intervention programmes and investments in infrastructure.
“Most of the government policies are targeted at reducing unemployment and poverty and wealth creation. These are areas of benefits for  Nigerians and the workers.”

The Presidency official, however, politely declined to give details of the domestic and foreign borrowings  in the 2017 Budget, saying the details would be provided by the President during the budget presentation.

President Muhammadu Buhari on Tuesday, December 7, formally told the Senate, that he would present the budget proposal before a joint session of the Senate and House of Representatives on Wednesday, December 14.

In a letter read by Senate President, Bukola Saraki, at the plenary, President Buhari said the 2017 budget would contain proposals and packages that would lead Nigeria out of the present economic recession.