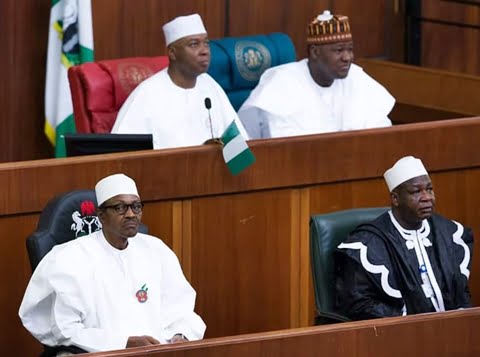 President Muhammadu Buhari  has assured Nigerians of his preparedness to present the 2017 appropriation budget.

In an official letter read by the Senate President, Bukola Saraki, during the Nigerian Senate’s plenary session on Tuesday, President Muhammadu Buhari has informed the lawmakers of his readiness to present the 2017 budget proposal.
The Senate president disclosed that the president will present his government’s spending plan to a joint session of the Senate and the House of Representatives on December 14, 2016.
According to the letter, which was also sent to the Speaker of the House of Representatives, President Buhari plans to present the budget at 10 a.m. on December 14.
Recall that ast week, the federal‎ executive council (FEC) approved the 2017 budget, which is estimated to be N7.02trn.
The 2016 budget is N6.08trn.
Next year’s budget is predicated on an‎ oil benchmark of $42.5 per barrel.
The senate has already considered the medium term expenditure framework, which is a precusor to the budget.