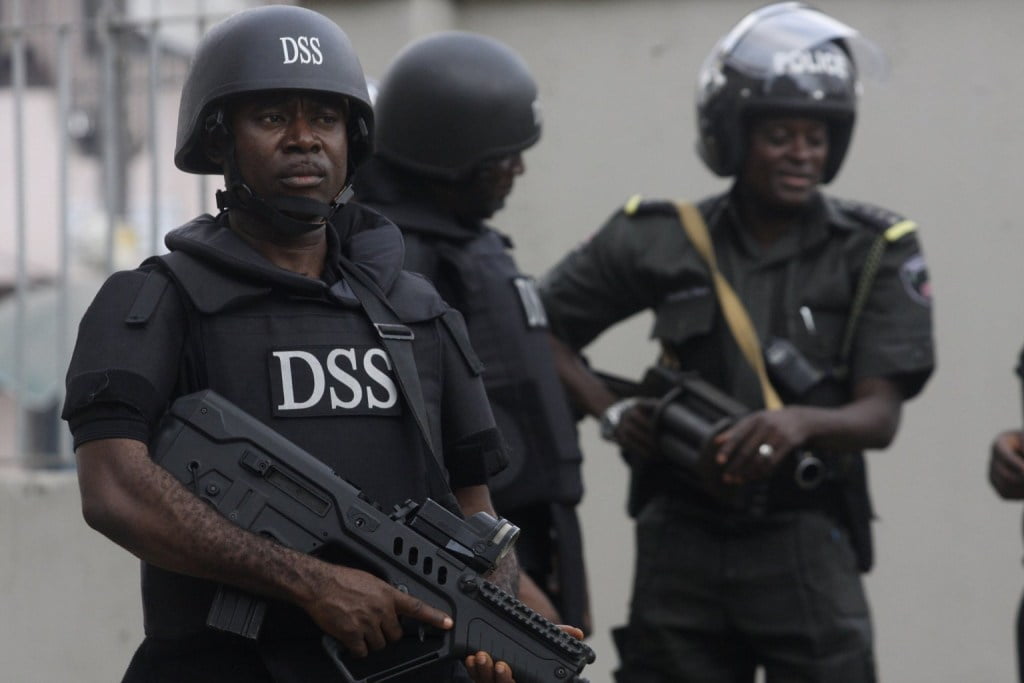 Facts have emerged about how Nigeria’s secret police, SSS, is trying influence the Oba of Lagos, Rilwan Akiolu, to pay a paltry N15 million compensation to Saheed Eyitayo’s family after torturing him to death.

According to Premium Times, at about 2.30am on April 4, SSS operatives on the trail of a suspect accused of cloning the phone number of the Lagos State Governor, Akinwunmi Ambode, stormed No 37, Aje Street, Pleasure, in the Iyana Ipaja area of Lagos in commando style.

Residents of the address said the operatives scaled the fence of the compound, screaming and threatening as they knocked down doors and shattered ceilings. They rough-handled residents, who thought they were armed robbers as they did not introduce themselves, dragged them from their beds, ordered them out of their apartments and forced them to sit on the dusty ground of the compound.

About an hour later, when they were done harassing the residents, Saheed Eyitayo, 34, a friend to the suspect the operatives were looking for, laid in the dust motionless – beaten to a pulp by the operatives.

One resident, who described the entire experience as “nightmarish,” told Premium Times that Eyitayo was so battered that he couldn’t stand unaided – three operatives had to drag his him into one of the vans the armed men brought with them.

Unfortunately, that was the last time he would be seen alive in public.

The operatives were led to the residence by Adejoke Ogunbona, the wife of the wanted man, Rilwanu Jamiu. While on the run for the alleged crime, Mr. Jamiu, who is now facing trial alongside another suspect, had spent few days at Mr. Eyitayo’s apartment before moving on to another place in the Oke Aro area of Lagos, where he was eventually arrested.

It is not clear if Mr. Eyitayo knew his friend was a fugitive when he allowed him to stay at his apartment.

Three days after the raid, the SSS invited Mr. Eyitayo’s landlord, Mathew Sobiye, to the Lagos office in Shangisha and told him, for the first time, that they had carried out the raid on his compound and that Mr. Eyitayo was dead.

They warned him not to disclose this to anyone, the Septuagenarian said.

The SSS claimed Mr. Eyitayo was resisting arrest on the night of the raid and tried to jump from the moving van as he was being conveyed to their office. They said he died from injuries sustained in the process.

But Mr. Eyitayo’s family would have none of that. They claimed that from account of fellow tenants at his Pleasure residence, he was already unconscious when he was handcuffed and carried into the waiting van.

They wondered how an unconscious man in chains could overpower several SSS operatives and jump to his death. They said if the SSS had nothing to hide, it shouldn’t have waited for 19 days before formally informing them of Mr. Eyitayo’s death.

Michael Lasisi, one of Eyitayo’s relatives, told newsmen that the SSS waited that long because they were trying to perfect a fabricated story to hide the fact that they tortured Mr. Eyitayo to death.

“We had gone to the SSS office several times, and they told us ‘come back you cannot see him.’ Until finally on the 23rd (of April), 19 days after he was killed, they now told one of my brothers Oyetunji that he had died. Meanwhile they had told the landlord not to tell anybody that he had died.

“They did that so as the days elapsed they would be able to manufacture lies to cover up the official criminality. They could not tell us what he has done. They said his friend was part of those who cloned the governor’s number. They traced the friend to his house but they did not see him.

At a meeting between Mr. Eyitayo’s family and the SSS on May 3 at their Shangisha office, angered by an SSS attempt to implicate Mr. Eyitayo in the number cloning scam, Mr. Lasisi and other family members walked out on the officials of the secret service threatening to drag the agency to court.

Not wanting the story of the alleged extrajudicial killing by its operatives out in the open, the SSS approached Mr. Akiolu, the paramount traditional monarch in Lagos, to appeal to the family of the dead man, after its original attempt to use officials of the Lagos State Ministry of Justice failed to assuage Mr. Eyitayo’s family.

Some members of the family said they first suspected that something was fishy when those who had resisted the antics of the Lagos State officials were exempted from the delegation to meet with Mr. Akiolu.

“I think the SSS had told the Oba that some members of the family who gave them a hard time during the initial discussion shouldn’t be allowed to be part of the negotiation. The excuse they gave was that the Oba did not want a crowd in his palace,”a family member, who sought anonymity for security reasons, said.

Several family sources present described the negotiation at the monarch’s palace as a show of shame. They said the moment the SSS offered to pay N15 million, some of the most outspoken members of the delegation suddenly became quiet.

They said Mr. Akiolu doused the flickering flame of resistance from the family members when he appealed to them to accept what the SSS was offering in order to bring a closure to the matter and stop acting like they were there to sell the body of their dead kin.

“The family lawyer put up a spirited effort to make the DSS [as the SSS is also called] pay more compensation, but members of Saheed’s family would have none of that,” an attendee at the meeting said.

“In fact, one of them was stepping on his (lawyer’s) feet and telling him not to be too hard of the DSS and to accept whatever the DSS was offering so that the matter can be settled. The lawyer was almost in tears,” another family source said.

“At a point, they even threatened to fire the lawyer if he would not agree with the decision of the family.”

“One of them said that they should accept the offer of the DSS because the body of Saheed was suffering and they needed to bury him urgently to stop the suffering,” the source said.

Another source, however, added that Mr Akiolu insisted that N10 million be given entirely to the parents of the deceased. He also insisted that the SSS must pay the lawyer’s professional fees.

According to our sources, the five million that was remaining from the compensation paid was shared among members of the deceased’s family involved in the negotiation.

Meanwhile, even as they agreed to accept the compensation, none of the victim’s family members had seen his corpse as the SSS did not disclose where it kept the body.

“The DSS did not allow the family see the corpse of the dead victim before they forced the family to reach a negotiation. That was the plan. When they finished the negotiation, they called Saheed’s uncle to come and look at the body but he was only shown his legs,” one of our sources said.

Family members who saw Mr. Eyitayo’s corpse after it was released for burial by the SSS said it dawned on them the reason the agency refused to let his family see the body before the negotiation was concluded and all documents signed.

“If you see the corpse, you would know that he was tortured and killed in a brutal manner. He had two deep cuts in the back of his head, apparently inflicted by a machete or other similar sharp objects. There were cuts and bruises all over his body,”the source said.

As part of the agreement reached with the deceased family, the SSS agreed to foot the bill for his funeral. Mr. Eyitayo’s body was carried to his hometown in Oyo for burial in the most disrespectful manner, the source said.

“If you see the way they carried his body home. They couldn’t even get a proper vehicle to deliver his body to his family.

“They got a rickety vehicle. On their way to Oyo State, the vehicle conveying his body was so old that its tyres bust twice before it got to the town. And they spent several hours on the road fixing the tyres.

“His body was not even put in a casket. He was taken home for burial in a body bag made of jute sack. The type used for keeping rice.

Babs Animashaun, the lawyer who represented the family, declined to discuss details of the negotiation when reached for comments. He however said the family has moved on after settlement.

“That is strictly confidential between the parties. I cannot share the details of the settlement with the public,” he said.

“The family agreed to settle with the SSS out of court. They can never be happy with what has happened but at least they were able to move on. That is what is important,”he added.

The SSS could not be reached for comments. The agency does not have a spokesperson, neither does it have an email address or phone number through which it can be contacted. Before the current administration, the SSS used to have a spokesperson, Marilyn Ogar, but the current leadership of the agency led by Lawal Daura, has refused to appoint one or disclose how it should be officially contacted for enquiries.

Investigators visited the palace of the Oba of Lagos to ask about his role in the saga, officials requested a formal letter. About two weeks after the letter was delivered, the monarch has not responded or agreed to a formal interview.