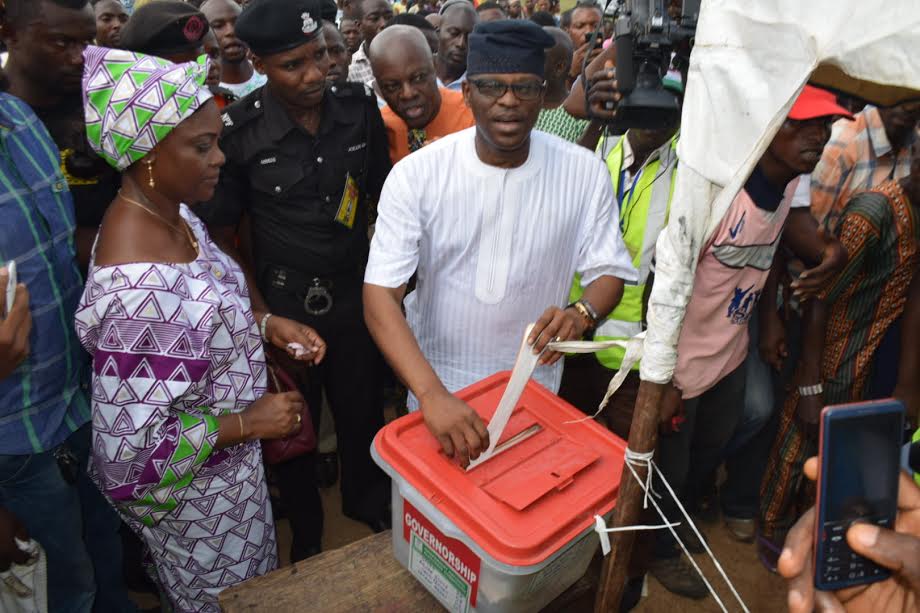 Members and supporters of the All Progressives Congress (APC) are already in a jubilant mood following the victory of Rotimi Akeredolu, governor-elect of Ondo state.

The race has been a three legged horse race between Akeredolu, Eyitayo Jegede of the Peoples Democratic Party (PDP) and Olusola Oke of the Alliance for Democracy (AD), who defected to AD after losing the APC ticket to Akeredolu.

How did PDP loose?

The outgoing governor of the state, Olusegun Mimiko, known as ‘Iroko’, a tree believed to possess supernatural properties, Iroko is a large hardwood tree that can live up to 500 years.

Mimiko rode into office on a popular note. He was so loved that the people supported him to break the jinx of one-term limit in the state — he did. Till date, he remains the only governor in Ondo history to have been elected for a second term.

However, he lost touch with his people during his second term. As of the weekend, his government was owing civil servants seven months of salary. Unconfirmed reports even had it that he told the workers to vote for the Peoples Democratic Party (PDP) and get paid on Monday.

Many were grumbling about some of his policies. Though Ondo can be rated among the states with the best road network in the country, some of his opponents claimed he could not be credited for it, as the late Olusegun Agagu built most of them.

The issues raised were focal points in the election, by which time the Iroko had diminished in popularity to perhaps the status of just a shrub.

“The votes were purchased; any party which says it did not settle voters in this election is just deceiving itself. But the people collected money and made their choice.”

Those were the words of a former commissioner of Mimiko, who now belongs to Akeredolu’s camp.

The role of money cannot be ruled out in the politics of our country. Perhaps realising the widespread condemnation that followed inducement of voters in Edo election, the politicians devised a means of not making it obvious.

In one polling station in Akure, the state capital, those who wanted to distribute money changed their minds as soon as they realised the presence of journalists.

The financial backing that Akeredolu enjoyed in the election is incomparable with that of any other candidate, with governors, ministers, top chieftains of the party pumping money into his campaign.

Forty-eight hours to the election, Jegede, PDP’s candidate, was unsure he would feature in the election due to the crisis at the national level of the party.

Jimoh Ibrahim, factional candidate of the party, did not show signs of seriousness in the race. Once asked why he did not have enough publicity materials, he said: “My campaign manager is out there”, making reference to Jegede.

Jegede, the man who eventually flew the PDP banner, is well-loved, so much that APC supporters in fact spoke well of him. But the time he should have spent campaigning went into running from one court to the other to enforce his candidature.

Jimoh Ibrahim in a viral video confessed that he intentionally wasted the effort of PDP by dragging them into a court issue and as if that was not enough, few hours to the election he declared his loyalty for the candidate of APC Rotimi Akeredolu.

Many factors may have led to the victory of APC, and the downfall of PDP, but beyond that, one can obviously say that the Judas that betrayed PDP was Jimoh Ibrahim.