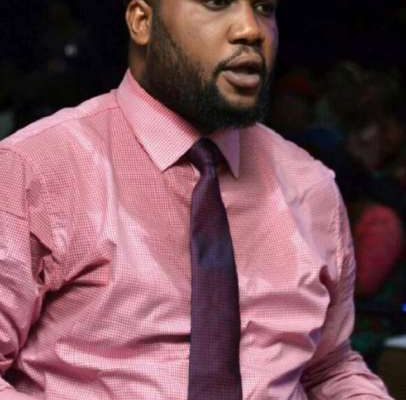 Bishop Emmanuel Esezobor, founder of Fire House Church International, located beside Niger-Delta Gardens and Hotels Check Point, Nyanya, Abuja, has reacted to news making the rounds that a trader died in his church while he was performing fake miracles.

In the incident, which purportedly happened in May, the pastor allegedly offered the Igbo trader N500, 000 to pretend to be dead so he could perform a miracle of waking him up. But luck ran out of him when the man died in the coffin before they reached his crusade ground.

The wife of the deceased trader was said to have reported the matter to the police, which led to the pastor’s arrest but he was reportedly released through the help of his influential friends in Abuja and had gone back to the business performing strange miracles in his church.

But the pastor has refuted the allegation, saying it was the devil using people to spread lies against him because the ministry was waxing stronger than expected.

In a statement made available to newsmen at the weekend, Prophet Esezobor said, “It is a story that would soon pass away. We have not had a murder case in the Fire House Alter and all the branches we haven’t had a murder case for five years. We don’t know where they are getting their stories from. These are cheap talkers who are looking for popularity. God be praised.

“We preach Jesus, we don’t preach self. It has been Jesus all the way and he said if his name is lifted up, he will claim souls. It has always been about souls, souls, and souls.

“All our sons, daughters, friends relations believe in our vision and have been praying with us and sending us best wishes and we are at home enjoying Christ and waiting for our evening service today.

“We have not held any crusade at the only Abuja stadium as the said rumour claimed we are only planning to hold one next year February, 15th 2017, when we will storm the National Stadium for healing service and I want everyone to be there to see the power and glory of God at work.

“When I read the fake and cooked story I started speaking in tongues because the devil is out to propagate God and celebrates Jesus. We also heard how they said a trader whom they claimed I paid to act for me and in the process he died.

“Who then was the trader? Who are his relations? Which police station they took to? Which cell I was detained? All these are questions begging for an answer.

“Challenges have made me a champion and I see it as a stepping stones to greater things. Healing is real and I preach it, the Bible says “I shall lay hands on the sick and they shall recover.

“I have seen God do mighty things in righteousness and this is a big motivation coming at the end of the year making us more sensitive and prayerful. We know that the devil is after the body of Christ and I pray for all the pastors to go back to their prayer alters as we are over comers,” he stated.