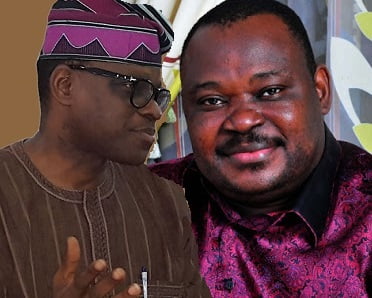 The supreme court on Thursday referred back to the Court of Appeal, Abuja, all pending cases relating to the dispute over the leadership tussle between the Ali Modu Sheriff an‎d Ahmed Makarfi factions of the Peoples Democratic Party.

The appeals which the apex court referred back to the Court of Appeal have to do with questions bordering on which of the factions of the party ‎has the authority to instruct lawyers to represent the party in a pending case before Justice Okon Abang of the Federal High Court, Abuja.

The five-man panel of the ape‎x court led by the Acting Chief Justice of Nigeria, Justice Walter Onoghen, also, in a separate unanimous ruling, struck out all pending appeals relating to the candidacy of the PDP for the Saturday’s governorship election in Ondo State.

Justice Onnoghen, who read the lead ruling, held that the pending appeals before the apex court had become academic in view of the judgment of the Justice Ibrahim Saulawa-led panel of the Court of Appeal, Abuja delivered on Wednesday, reinstating Eyitayo Jegede as the PDP’s governorship candidate in the Ondo State election.
The Acting CJN informed parties to the appeals on Thursday that the apex court was not ready to hear the cases piecemeal.
READ ALSO  Nigeria Breaking News,Today, Friday, 27th September 2019

He directed that the appellants should  raise the issues in their interlocutory  appea‎ls in when they file substantive appeals which they wish to file against the  Court of Appeal’s judgment delivered on Thursday.

The appellants led by Biyi Poroye are the state executives of the Sheriff faction of the party in the various states in the South-West zone, are backing Jimoh Ibrahim, who was only removed and replaced with Jegede as the party’s governorship candidate in Ondo State by the judgment delivered by the Court of Appeal, Abuja on Wednesday.

The appellants’ lawyer, Mr. Beluolisa Nwofor (SAN), told the apex court on Thursday that he had not been able to file an appeal against the Wednesday’s judgment of the Court of Appeal because copies of the judgment had not been ready.