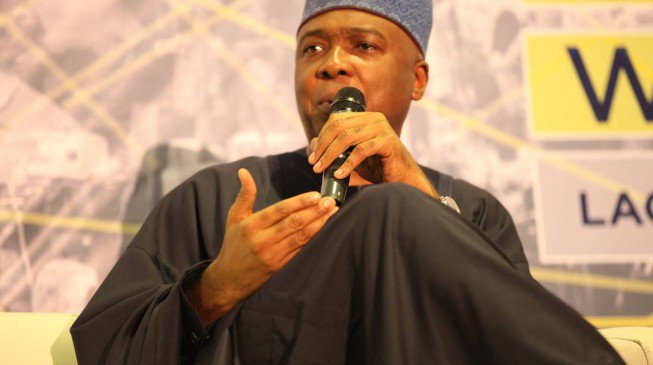 Senate President Bukola Saraki has acknoledged his family and hardwork as source of his wealth.

In an interview with BBC Hausa service, Saraki said he acquired 95% of his wealth before he entered politics.

Saraki, who is standing trial for alleged corruption and false declaration of assets, expressed confidence that he would be cleared of the charges against him.

He also denied the tax evasion accusation highlighted in the Panama Papers, some documents which revealed the secretive offshore companies that influential personalities used to hide their wealth

His wife also appeared in those documents accused of registering a company offshore to buy a London property.

But Saraki said the company was set up based on legal advice.