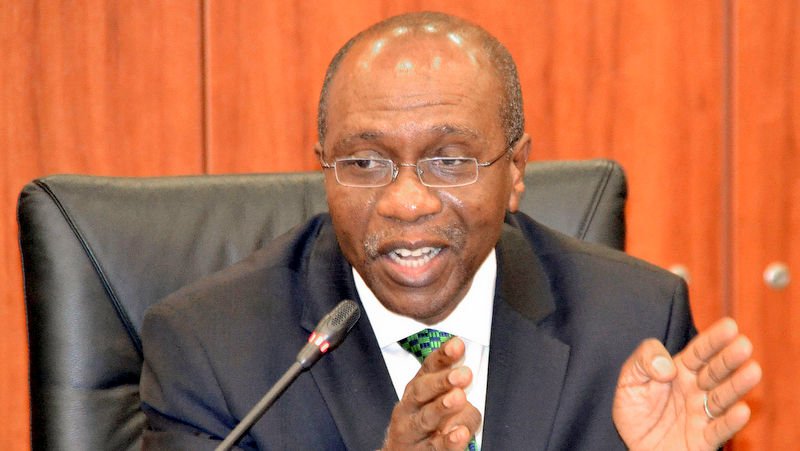 The Central Bank of Nigeria (CBN) governor, Godwin Emefiele, has kicked again a move to review Nigeria’s laws seeking to impose a jail sentence on Nigerians keeping foreign currencies in their homes.

The governor, who said the bank would not also support the confiscation of such currencies, was reacting to speculations that the government was considering a review of existing laws to empower security operatives to arrest persons keeping foreign currencies.

“There is no foreign exchange regulation that says people should be jailed, or their dollars confiscated for keeping foreign currencies in their homes,” Mr. Emefiele said.

Although he said the bank was aware the Nigerian Law Reform Commission was considering a review of the exchange regulations, as part of its routine responsibilities, he said the CBN was yet to be informed of the extent of the exercise.

The Commission responsible for the review of laws in the country, depending on the exigencies of the time.

However, Mr. Emefiele, who was speaking at the end of the Monetary Policy Committee (MPC) meeting in Abuja, said the CBN was yet to be contacted on the clauses to be included in the review being canvassed by the Commission.

“The CBN has not been contacted by the Commission. But, whether or not it does, I am saying here categorically that if we are contacted, or whenever it becomes an issue for discussion, we will advise against a clause that forbids people from keeping their dollars, if they choose to. We will oppose any law that says people should be jailed for keeping foreign currencies,” he said.

“There is nothing in the current or extant foreign currency regulations that says people should be jailed, or their foreign currencies confiscated. I advise people to stop listening to rumour mongers and go about their normal businesses.”

On the alleged risks the banks were facing at the moment, Mr. Emefiele said there was nothing unusual, saying in the face of the current global economic challenges, all agents in financial systems, including banks and other players system, were facing the same risks.

He said whenever there was a slow down during economic recessions, financial institutions, particularly banks, were usually faced with certain risks of rising non-performing loans (NPLs).

Consequently, he said such situations would require the regulatory authorities imposing its laws by strengthening its guidelines to protect the banks and depositors.

“Nigerian banks, like other banks, are facing the normal risks that are surmountable. The CBN is doing its best to ensure those risks don’t crystalize to a point where we begin to talk about depositors risking their deposits.

He described as “overly elevated” rumours about banking system risks, saying they were risks being faced by all banking and financial systems in other climes as a result of the global crisis.

On calls for CBN to cut down on the number of bureau de change operators in the country, Mr. Emefiele said although the CBN has no reason to preclude anybody who meets all the conditions, it also has the right to put in place polices to either limit entry or accelerate exit from the market at the appropriate time.

On the crackdown on unlicensed BDC operators, Mr. Emefiele said security agencies should sustain their recent checks on the activities of illegal foreign exchange operators to bring sanity to that segment of the market.

“To evolve an appropriate Naira exchange rate that stabilizes the foreign exchange market, BDC operators must strictly observe the terms and conditions of their license,” the CBN governor said.

On efforts to reverse the current snewsflationary condition in the economy, the MPC reiterated the limitations of monetary policy, stressing the need for a more coordinated macroeconomic policy framework to restart output growth, stimulate aggregate demand and rein in inflation expectations.

Welcoming plans to develop a medium term economic recovery, the MPC urged government to urgently assess the extent of its indebtedness to domestic economic agents and develop a framework for securitizing the debts, with a view to settling its outstanding domestic contractual obligations in all sectors of the economy.

“These accumulated debts have slowed business activities of economic agents; most of who are indebted to the banking system, thus compromising the integrity of the financial system,” the committee said.

Key resolution at the meeting were the retention of all monetary policy rates, despite the National Bureau of Statistics (NBS) report on Monday that the country economy sunk deeper in recession.

While the Monetary Policy Rate (MPR), which sets the lending rate for banks and businesses for a period, was left at 14 per cent, the Cash Reserve Ratio (CRR) was retained at 22.5 per cent and liquidity ratio was left at 30 per cent.