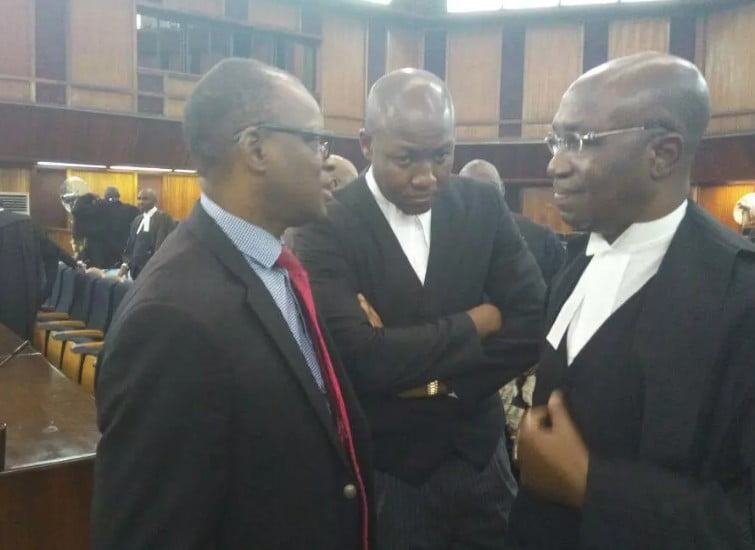 The Supreme Court has struck out stay of execution motions filed by Biyi Poroye and ordered the Appeal court to go ahead with ruling on the case between Eyitayo Jegede and Jimoh Ibrahim.

The Supreme Court said there was no way it could stop the second panel from ruling on the case between Jegede and Jimoh Ibrahim after the first panel stepped down.

Factional PDP candidate Eyitayo Jegede in supreme courtroom with Dr. Bode Olanipekun SAN and his father, Chief Wole Olanipekun SAN on Tuesday, November 22
Supreme Court justice Walter Onnoghen told Poroye’s counsel Beluolisa Nwofor : “Tell us where in the constitution why we should punish those justices. You can’t box the lower court into a corner and be asking the Supreme Court for withdrawal of motions.”

“Will angels come down to adjudicate your case after you blackmailed the first panel and also raised eyebrow against the second panel?” Justice Mohammed Ibrahim Tanko said.

Justice Onnoghen, the Acting Chief Justice of Nigeria, who presided over the proceedings dismissed Poroye’s motions and awarded a cost of N250,000 against him.