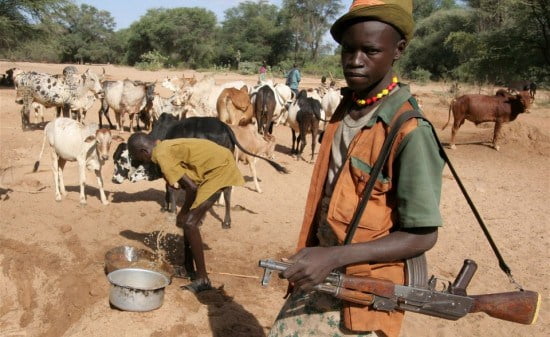 Cattle rustlers in Kukoki community of Shiroro Local Government Area of Niger wrecked havoc on Tuesday, when they killed six persons in an attack that lasted for over four hours.

According to the Council’s Chairman, Mr. Mark Jagaba,  four Fulani and two Gbagyi were killed, while several women and children were injured.

He said that members of the community reported that the suspects, numbering about 50 and armed with dangerous weapons, stormed the community at 7a.m., shooting sporadically.

Jagaba said the cattle rustlers stole over 700 cattle and undisclosed number of goats and sheep before fleeing the community.

He said the attack came barely three weeks after nine people were killed in a similar incident in Kurebe and Kwaki Chukuba wards of Shiroro Local Government Area.

He said that normalcy had since returned to the area.

The chairman appealed to security agencies in the state to assist the vigilante group in the area to curtail cattle rustlers and indiscriminate killings of innocent lives.

Confirming the attack, DSP, Bala Elkana, the Police Public Relations Officer, said that two suspects had been arrested, while efforts were on to apprehend the others.

He said the command was yet to ascertain the actual number of cattle rustled by the attackers.

He added that police had beefed up security within the community and its environs.

He added that the police anti-cattle rust-ling team was searching the forest through which the invaders escaped.