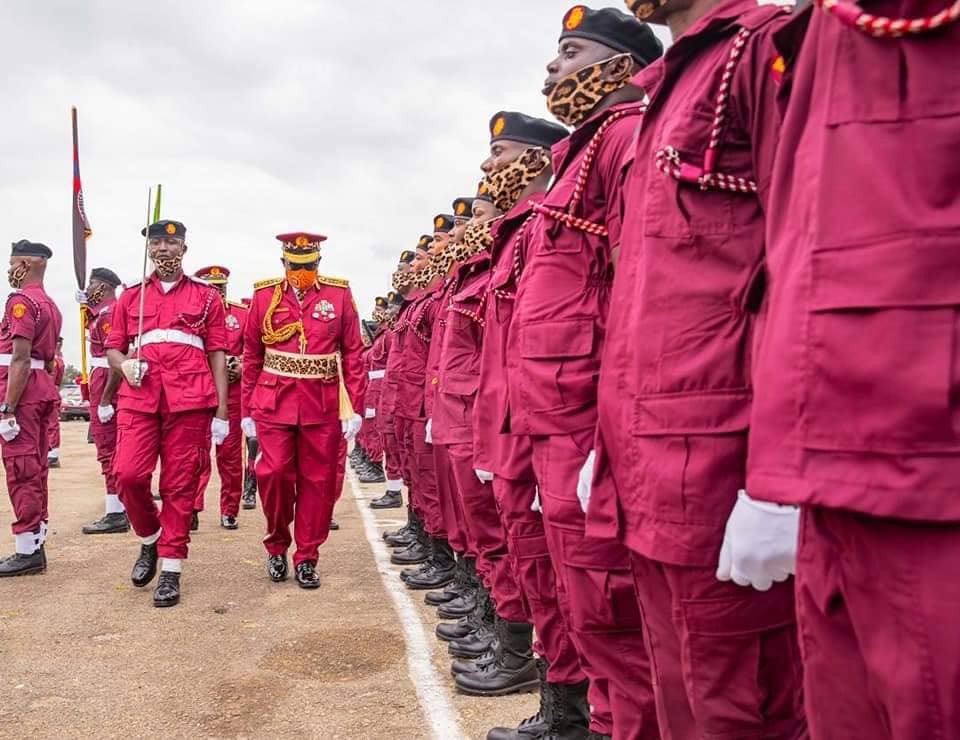 Naija News reports that Akeredolu restated his call to arm Amotekun while speaking in Akure, the Ondo State capital, at the Passing-Out Parade of Courses 3 and 4 of the State Amotekun Corps.

According to the outspoken governor, the security agency must be allowed to bear appropriate tools and weapons to curb marauders committing crimes against humanity.

He pointed out that the incontestable authority of the state must be imposed in the country, which was being threatened by brazen conflict entrepreneurs as well as armed and audacious non-state actors.

The governor said that state security outfits backed by law, whether in western Nigeria, Katsina, Borno, Benue or any northern state, must have access to the same sophisticated weapons that the marauders had. He said his administration would continue to support the operational capacity of all security agencies in the state, both in terms of equipment and the welfare of their personnel.

He emphasized that the passing out ceremony was a reminder of the need to strategize and tackle the current security situation, which he said had been left to snowball into existential crises across Nigeria. He stated that the commitment of his administration to the safety and welfare of the people of the state and investors remained unshaken.

Akeredolu told the officers, “The key guiding principles, which you must adhere to at all times include spartan discipline, zero-tolerance to bribery and abuse of power, prompt response to distress calls and display of professionalism in the discharge of your duties. No form of misconduct shall be tolerated.”

Akeredolu noted that the current internal security framework in the country was ineffectual.

The governor stated, “The Western Nigeria Security Network, Amotekun Corps, as a response, is now not just the first line of defence, but the ultimate bulwark in the protection of a way of life and of a civilization.

“The efforts of our determined and valiant Amotekun personnel since inception must be underscored, encouraged, and highly commended. We must all rise at this time to acknowledge their efforts.

“On our part, we will continue to support the operational capacity of all security agencies in the state, both in terms of equipment and the welfare of their personnel.

“The recent donation of 50-fitted patrol vehicles is a testament to our resolve to be up-to-date in fighting crime and criminality, because, without a secured environment, there can never be visible and sustained development.

“The Amotekun Corps must be given the tools to carry out its now pivotal, indispensable duties. For centuries, we have been admonished that ‘a bad workman blames his tools,’ in the case of Amotekun Corps, the workman is expected to function without good tools.

“It is not only absurd but also a dereliction of duty and a cause of disaffection. Dissatisfaction is induced by a feeling of unfairness.

“The crisis in the conventional wisdom is life-threatening and nationwide. Therefore, it is unacceptable if the state sanctions differing rules of engagement for different sub-national governments.”

He stated that Nigeria itself is under existential threat, adding that without providing the sub-national security forces to be a counter-balancing force “we have a crisis which strikes at the heart of the conception and the definition of the state itself.”