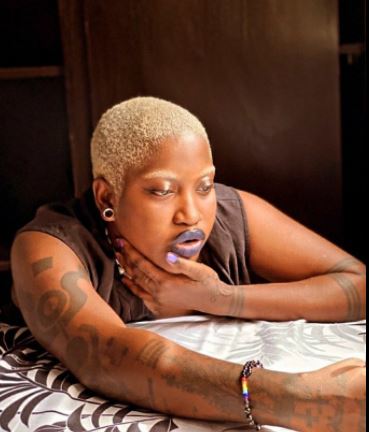 Nigerian singer, Temmie Ovwasa has said that she is doing the best she can for her children by refusing to birth them.

Sharing her thoughts via Twitter, Ovwasa stated that most Nigerian families have paedophiles whom they are protecting and she would not want to bring her child into a world where they can be traumatized by families and the society.

She condemned the ways kids are being treated adding that there are no laws to protect them from abuse/labour.

The singer went on to berate those who condemn women that do not want children adding that she is thankful she is a lesbian and does not need to be worried about unplanned pregnancy.

Maintaining This Look Has Not Been Cheap – Iyabo Ojo

Nollywood actress Iyabo Ojo has subtly reacted to rumours of her undergoing surgery with a new social media post.

This comes after an Instagram blogger claimed that the mother of two had undergone liposuction surgery, which has made her look younger.

Liposuction is a surgical procedure that uses a suction technique to remove fat from specific areas of the body, such as the abdomen, hips, thighs, buttocks, arms or neck. Liposuction also shapes an individual’s body.

Iyabo Ojo took to her Instagram page to share new photos, stating that maintaining her look has not been easy nor cheap.